I am a Web Software Analyst/Developer with over 30 years hands-on experience.

I have a strong understanding of many businesses and processes including manufacturing, legal and retail. This allows me to provide and consult on solutions which work in the real world.

My wealth of experience enables me to provide and consultant on real world solutions which work.

I am interested in part or full time project work and will consider work in roles of consultant or developer at any stage of the project.

I have worked on many projects and clocked up over 40,000 coding hours. Projects include :


This provides the current output of the UK National Electricity Grid split into fuel types.

The data is updated at 5 minute intervals. 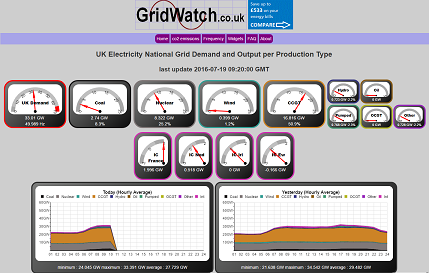 
This tracks over 1 milllion prices from over 200 suppliers and display items as they become reduced.

This site is the latest incarnation of my affiliate websites.

The website is written in PHP/mySQL and uses both XML and csv datafeeds from suppliers. 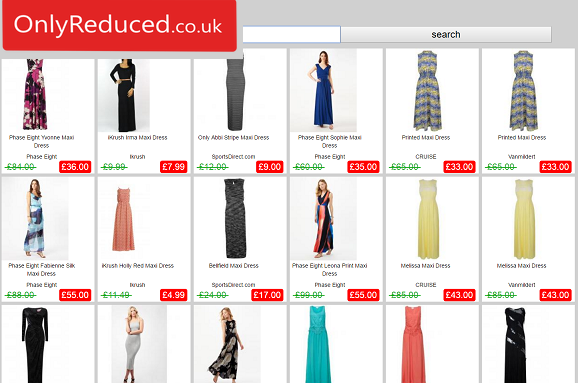 
This is a new product.

After receiving a prototype - I designed and produced dxf files for production of the cutter.

I liased with engineering firms to finialise processes to get the cutter manufactured at competitive cost.

I sourced components from china.

I designed and completed all work for the website - the website uses Paypal buy buttons to save on costs - the product is just in the launch stage so costs have been kept to the minimum. 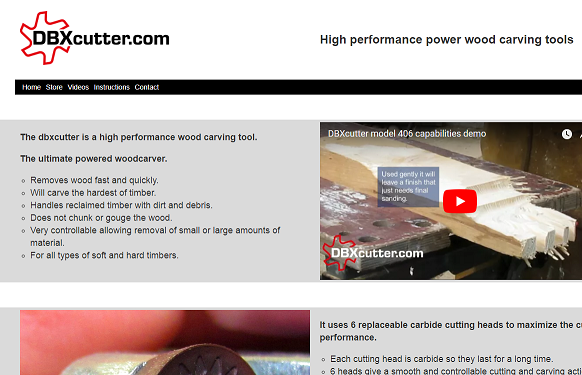 
This site shows items from over 200 merchants and allows searching via categories and attributes. 50% of the commission on sales is given to Cancer Research UK.

The site uses custom written automatic categorisation of products - sorting them into categories and identifying characteristics such as colours.

The website is written in PHP/mySQL and uses both XML and csv datafeeds from suppliers. 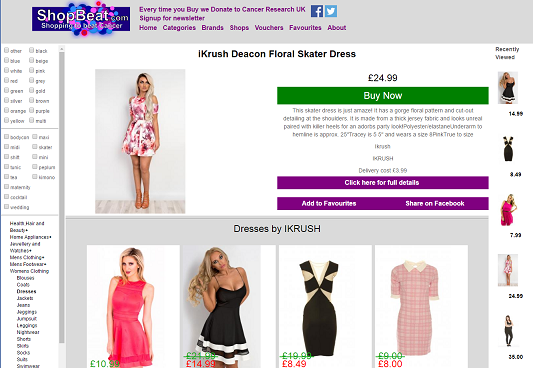 
The site was developed as a reaction to the BBC announcing they would remove their recipes from the BBC site.

Each BBC.co.uk HTML recipe page was parsed to locate the recipe details.

The recipes were stored in a mySQL database.

The site was live within 36 hours of the BBC's announcement, but has not been further developed as the BBC reversed their decision. 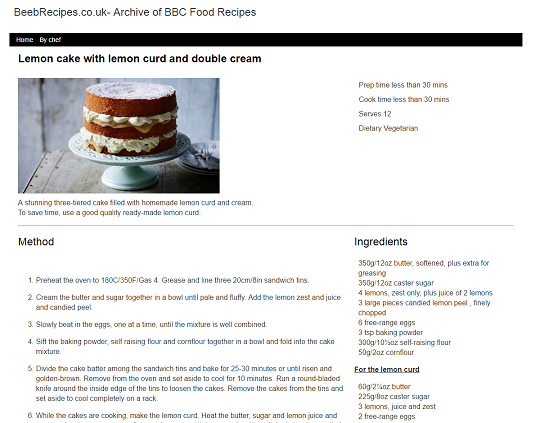 The design and supply of replacement car dials for the car modification market.

I done all the work on this including dismantling of car dial clusters, producing new designs, producing print and cut files to allow dials to be manufactured.

The website uses an "of the shelf" solution to provide the shop. 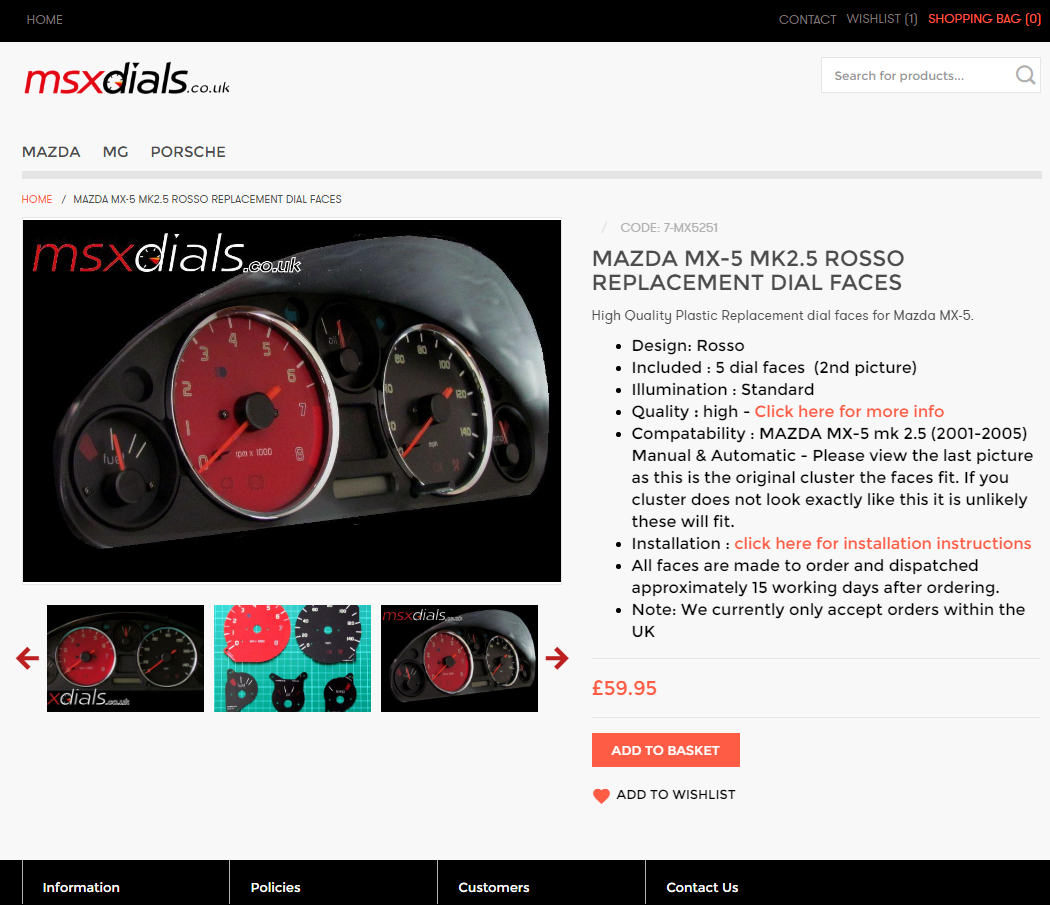 
This was a complete document scanning and investigation service designed for civil and criminal law.

It was used extensively by the Serious Fraud Office, National Crime Squad, Police Forces, Solicitors and many other organisations and companies.

The service and software has been used on hundreds of individual cases with the largest cases being nearly two million pages.

The system automatically used Optical Character Recognised (OCR) and indexed the results so investigative teams could start working on cases quickly. I wrote systems to allow 100,000s of pages to be ocr'd daily.

Original designed and written in approximately a year and running on msDOS. I continued to work on this product and develop it and the processes behind it for 16 years.

The product was originally written in Turbo Pascal and Assembler (dos version) with late version being written in Delphi (windows versions).

For this project I designed and coded :

The product is still in use by the Inland revenue.

The website interfaced with the Mamsoft autoparts compatibility api.

The site auto listed new parts on Ebay. All orders from the website and Ebay were processed together in the order system which automatically ordered parts from suppliers. It also produced packing lists and produced labels, and scheduled courier pickup and deliveries to the customers. 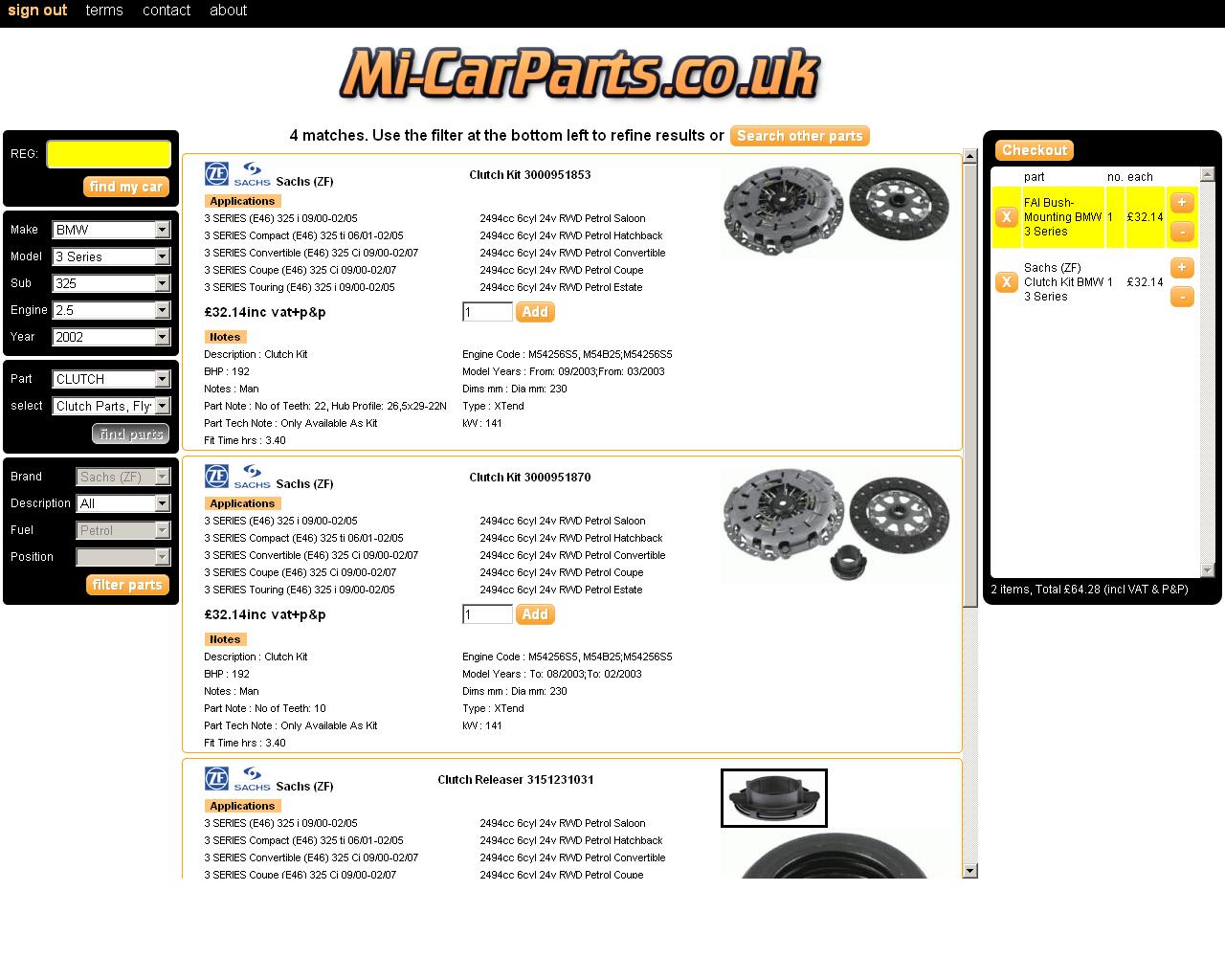 
This was an online document archival system.

I designed and wrote the specification for the first version of this system and it was coded by a programmer using PHP.

On the second version I also completed all the coding in Delphi using the realthinclient toolkit (http://www.realthinclient.com).